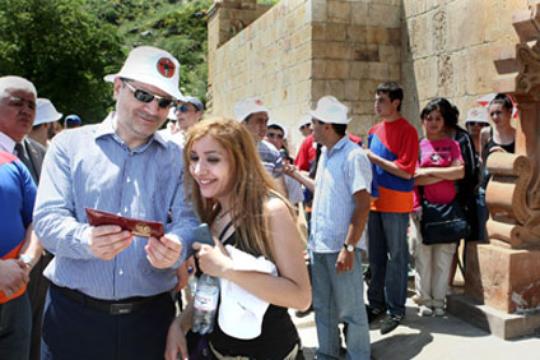 Corruption and the “Big Heads”

The Prime Minister Tigran Sargsyan announced yesterday, that Serzh Sargsyan is not satisfied with the anti-corruption strategies implemented by the government. Analyst Musa Mikayelyan in his recent article in the “First News and Analyses” thinks it thus turns out that the Constitution has lost its meaning and power if the president must decide to what extent the corruption should be handed.

This phenomenon itself is a corrupted one; Mikayelyan goes on analysing, because the implementation of the rule of law depends on the president’s wish and not on the Constitution. His question is whether the corruption should be eliminated or sued.

Does the president’s remark of eliminating the corruption by “surgical” means imply the oligarchic clan should be responsible for its deeds? Does it mean the “big heads” will finally carry the corresponding punishment? These and similar questions can hardly be answered today and neither have they been answered throughout previous twenty years. Mikayelyan states the president’s deadlines for the corruption elimination fighting are not clear and can be halted any time. He finalizes his argument that there is no institutionalized struggle against corruption and this implies the corrupted mechanisms that are linked to each other can never be cardinally eliminated.