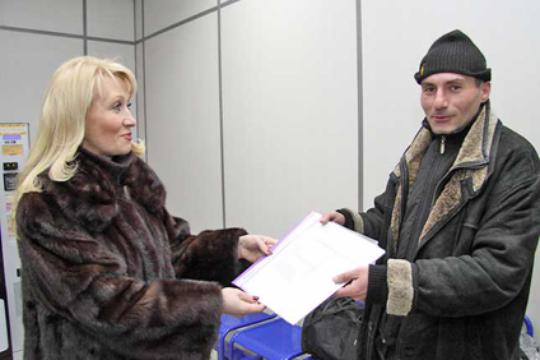 How to get rid of “compatriots”

Reporter of “First News and Analyses” Rosa Hovhannisyan wrote an article on the Russian “Compatriots” project. The author notes that within the framework of this project the Russian side move the residents of the former USSR with simplified procedure to Russia, provides citizenship, housing and work. As a result the villages of Siberia, Russia are filled with Armenians and citizens from other countries of the former USSR. The RF “Compatriots” project continues to operate in Armenia, in spite of the statements made recently by official Yerevan.

“Quite recently, the Prime Minister announced that the “Compatriots” program will no longer act in Armenia, because Armenian side is against it. The RA FM Deputy Minister Shavarsh Kocharian said on October 12 after the meeting of the Armenian-Russian intergovernmental commission on economic cooperation that “Compatriots” program cannot be carried out against our will.” reads the article.

However, today it is a fact that the Russian side, without taking into account the views and concerns of the RA authorities, continues to successfully carry out the program.
The author mentions that the program, actually, started to be implemented in Armenia as well as in a number of other countries on the decree of the RF President Vladimir Putin, believing that the government must create conditions for the voluntary resettlement of Russian compatriots living abroad.

Expert Harutyun Mesropyan told the reporter that it is our fault that Russia imposes its plan to us. “If we consider ourselves as a little brother, we should not be surprised that someone considers himself as a big brother.”