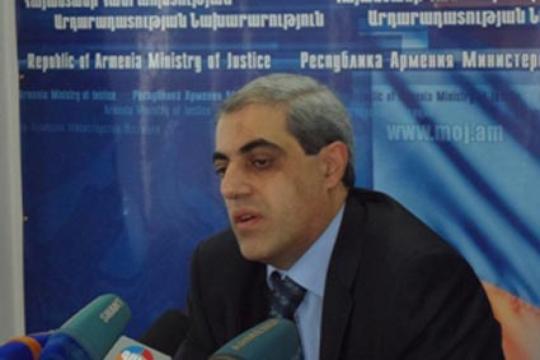 Tamer mechanisms in investigative practice either do not work or bear very formal nature. Hrayr Ghukasyan

According to him, the project is very different from the existing law both with its innovations and the outlined purposes, and with the proposed means for achieving them. The project should solve the problem of the protection of public and private interests during criminal cases, to raise the court’s role and importance in Criminal Justice Sector, to guarante a fair trial, establish effective mechanisms to ensure accountability of the officials conducting the investigation, clarify their functions and the scope of authority.

Hrayr Ghukasyan noted that first of all the project is based on the requirements of the RA Constitution and international obligations, as well as results of judicial practice in several years.
“The project includes a number of key issues on decision-making of investigators, the department heads and prosecutors, investigative actions, performance, and testing of evidence. The content also proves that tamer mechanisms set in investigative practice either do not work or they are of very formal nature, which has a negative impact on the impartiality and thoroughness of the investigation.” he said.