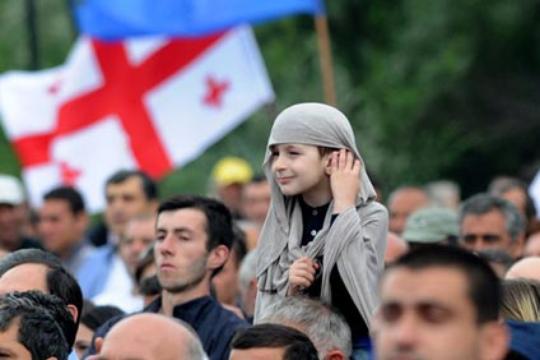 After the Elections, All Eyes on Georgia

For a small country located in a very tough neighborhood, Georgia has not received lots of attention since 2008, when Russia invaded the country and declared South Ossetia and Abkhazia independent. And with the world’s attention focused elsewhere (elections in the U.S., the humanitarian disaster in Syria, the challenge of Iran), many might have missed an extremely important development within the past two weeks—namely, Georgia’s parliamentary elections, in which President Mikhail Saakashvili’s party not only suffered defeat but readily accepted the results.

The implications of this election cannot be underestimated. Through this election and pending peaceful transfer of power, Georgia has made several great strides toward establishing democracy and the rule of law in the most precarious of situations inside what the Kremlin still sees as its “sphere of interest.” Indeed, what happened in Georgia stands to become a role model for Eurasia.
Both Russia and the West deem Georgia important, albeit sometimes for different reasons. It serves as an energy transit corridor for Azerbaijani oil and gas, an interest Russia and the West share. But on the issue of integration with the West, Moscow and the West differ sharply. Under Saakashvili, Georgia has aggressively pursued closer ties to, and eventual membership in, NATO. The 2008 war with Russia brought Russia’s relations with the West to their most trying point since the break-up of the USSR. And the color revolutions, which began with the Rose version in Georgia in 2003, heightened the Kremlin’s paranoia that a similar uprising was being planned for Russia, too. That’s a lot of high-profile attention for a country of less than four million people.

Saakashvili’s United National Movement (UNM) party not only lost the elections to the Georgia Dream party; it got clobbered, losing by some 15 percent. A constitutional realignment of power in Georgia that shifts greater power to the Prime Minister and parliament had fed speculation that Saakashvili would switch jobs and “do a Putin” (that is, move to the strengthened premiership after the elections). The election results made that impossible, however, and instead billionaire Bidzina Ivanishvili will become the new Prime Minister of the country. This peaceful transfer of power and Saakashvili’s almost immediate acceptance of the results confounded polls and expectations.

In the Eurasia region, only Ukraine, in early 2010, has had a similarly peaceful transfer of power, but local elections in October of that year, and the ones for parliament on October 28, have raised serious concerns that Ukraine’s streak of decent elections is a thing of the past. That makes what happened in Georgia even more impressive. …