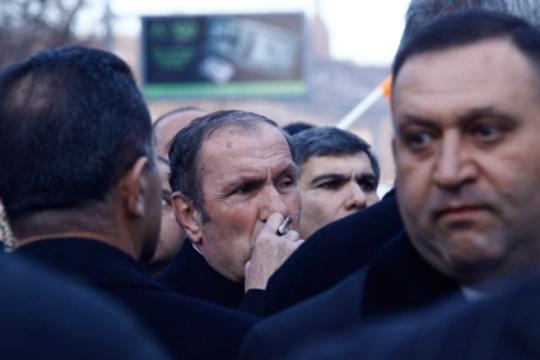 “Levon Ter-Petroyan and his ANC party are in a situation where both of them are mutual hostages to one another. The presidential elections in Armenia are close, but one thing is obvious, that ANC and particularly Levon-Ter Petrosyan hasn’t yet decided whether he is going to participate in the elections or not. ANC wants Ter-Petrosyan to participate, but he doesn’t want it, since he realizes that he can’t go against the current government. He doesn’t have the support which he used to have years earlier. And, furthermore, taken the current political reality where the second strongest political power is the prosperous Armenia rather than ANC, the first president’s nomination becomes dangerous and senseless for his own and others prestige and image.

At the same time, everybody in ANC wants Ter-Petrosyan to be nominated, because he is their political oxygen, the robe that connects them to today’s political reality. If he stops existing, many members of ANC will eventually lose their power. In this sense, Levon Ter-Petrosyan is ANC hostage.

On the other hand, ANC is Ter-Petrosyan’s hostage. The first president now faces the dilemma of leaving the political field of Armenia and as a way to do that, he sees the cooperation with PAP. And in this sense ANC is a tool for the first president to leave the politics.”