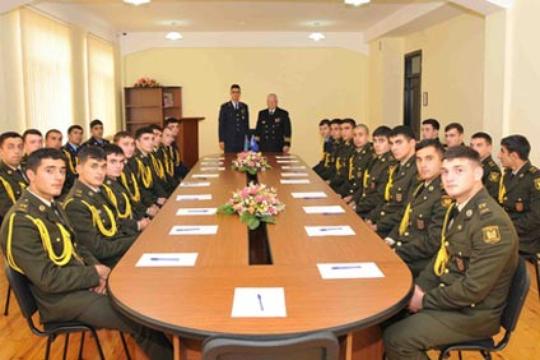 Azerbaijani media reports that NATO days are currently being held for Azerbaijani servicemen, in Baku.

According to Azerbaijani Defense Ministry, the NATO delegation, including the specialist group of the NATO Strategic Command on Transformation and the NATO Supreme Command of the Allied Armed Forces in Europe, are headed by Deputy Head of the NATO Military Cooperation Department, Rear Admiral, Ion Dimutrasku.

As reported, the main task is to give broad information about NATO to the teachers, commanders, cadets and students of the military educational facilities of the Azerbaijani Armed Forces.
The NATO structure, history of its establishment, objectives, policies, strategies, concepts, processes of transformation and NATO reforms, partnerships, crisis response operations and peacekeeping operations, round-table discussions are to be presented.