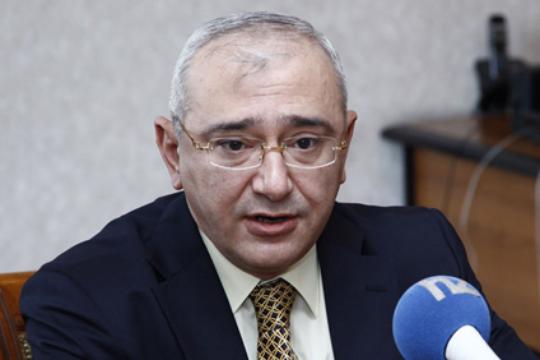 The reason of the ink seal vanishing has to do with atmospheric conditions, temperature and chemical reactions

He also referred to the election frauds connecting with the ink seals and stated that the shortcomings were mainly connected with a number of factors, perhaps the most significant of them being the temperature and atmospheric conditions along with the fact that they now were dealing with a completely innovative substance.

The CEC now is working on this issue to ameliorate the results. Mukuchyan talked about the Syrian-Armenians a large number of who got Armenian citizenship after the repatriation and said that it is every citizen’s responsibility to participate in the elections. He did not have the number of the Syrian-Armenians who already had Armenian citizenship since there are only the names and surnames of the citizens participating in the elections. Mukuchyan concluded that the electors’ lists will be under the CEC’s disposal by November 1.