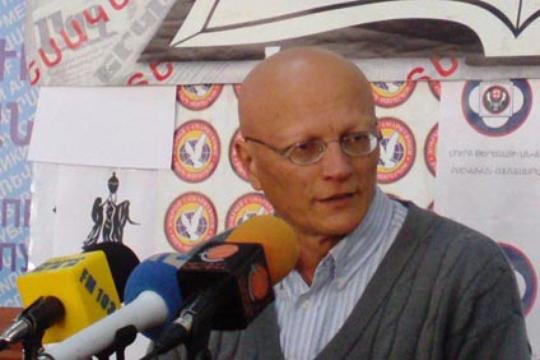 The facts of Tbilisi’s St. Nshan church being Armenian are completed in one book

He said that according to the Georgian side, St. Nshan was built by Georgian Orthodox Church. “It is an unsubstantiated statement and there is no reason. Bibliographic materials show that there is information written about the existence of St. Nshan church in the 17th century. In 1673 French traveler Jean Sharden referred in his writings to four churches, including St. Nshan. There are even records mentioning architect Navasard, who built other churches in that period too.”

The remark of Georgian side that the Armenians did not have a Saint named Nikoghos, Samvel Karapetyan also found ill-considered.
He also said that a certain amount of books will be send to Georgia.