Turkey does not fit neatly into anyone’s conception of the world order. For centuries, people have debated or fought over whether it is part of Europe, the Middle East, the Mediterranean, or Eurasia. Some see its current government as careening toward “Islamist fascism”; others believe it is integrating into a basically pluralistic, secular, globalized international order. Does its fast-growing economy, the 17th largest in the world, make it a rising international power on a par with Brazil, China, India, and Russia? Or is it a minor player that is overextending itself? Although Turkey has an important secondary role to play in many major areas of U.S. concern, such as stabilizing Afghanistan and Iraq, it is essential to none. In short, Turkey is unusually vulnerable to being misunderstood, particularly since the Turks themselves often seem unsure about what exactly they want their country to be.
This past summer, Turkey trod on two hot-button U.S. policy interests, Iran and Israel, thus putting its new “zero-problem” foreign policy in an uncomfortable spotlight. As soon as the Turkish government was seen as having stepped outside the U.S.-led agenda, commentaries about its new orientation spread in major U.S., European, and Middle Eastern newspapers and journals. “It isn’t Ottoman Islam that these Islamist Turks seek to revive,” Harold Rhode, a former longtime U.S. Department of Defense official, wrote in one of the Jerusalem Issue Briefs series in May. “Their Islam is more in tune with the fanatically anti-Western principles of Saudi Wahhabi Islam.” Articles in the United Kingdom’s Daily Telegraph and Canada’s Globe and Mail expressed similar concerns. The New York Times ran an article with the headline “Turkey Goes From Pliable Ally to Thorn for U.S.,” and its columnist Thomas Friedman, describing a recent trip to Istanbul, found “Turkey’s Islamist government seemingly focused not on joining the European Union but the Arab League — no, scratch that, on joining the Hamas-Hezbollah-Iran resistance front against Israel. . . . I exaggerate, but not that much.” A new round of the “Who Lost Turkey?” debate got under way between U.S. Secretary of Defense Robert Gates and European Commission President José Manuel Barroso: Gates blamed Brussels for discouraging Turkey in its negotiations over joining the EU; Barroso blamed Washington for turning Turkish public opinion against the West with the invasion of Iraq.
HUGH POPE is Turkey/Cyprus Project Director for the International Crisis Group and the author of Dining With al-Qaeda: Three Decades Exploring the Many Worlds of the Middle East.

Today’s Russia cannot enter a long-term cold war with the west as the Soviet Union of the 50s. Artur Ghazinyan

“There is a need for a new political thinking and culture, failing to build which will push Armenia dangerously close to the edge of the abyss”

It is time for the option “I’m against everybody”

“There is a need for a new political thinking and culture, failing to build which will push Armenia dangerously close to the edge of the abyss”

Ari Palandjian and World Music Orchestra to perform in Sydney

Julio Iglesias to give concert in Yerevan 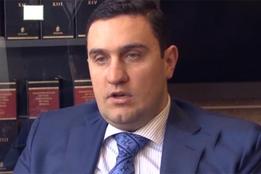 Վերլուծական
Today’s Russia cannot enter a long-term cold war with the west as the Soviet Union of the 50s. Artur Ghazinyan 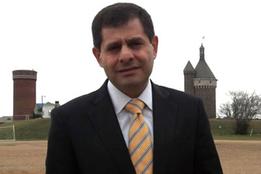 Վերլուծական
“There is a need for a new political thinking and culture, failing to build which will push Armenia dangerously close to the edge of the abyss” 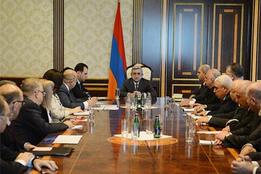 Վերլուծական
It is time for the option “I’m against everybody” 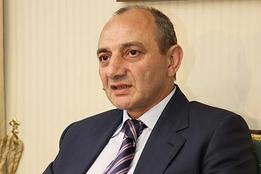