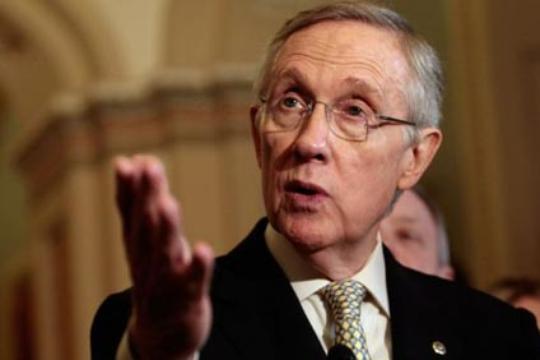 Harut Sassounian, publisher and editor of California Courier newspaper, reported to Radio free Armenia that few hours ago the ANCA annual banquet kicked off in Beverley Hills city, California, US.

According to him, Senate Majority Leader Harry Reid, member of Democratic Party, should have participated in the banquet but because of a car accident he couldn’t be there.

As Sassounian reported, Reid has already got out from the hospital and added that he had sent his speech and asked Sassounian to present the speech himself.

Sassounian said that the speech was very important for our country since it called on for justice and supported the rights of Armenians.

“The massage was about the recognition of Armenian Genocide. Reid stressed that he has so far worked very hard on the issue and will continue do as much as possible. As all of us know Senator Reid has done a lot for our nation. In his speech he also talked about Ramil Safarov’s case” said Sassounian adding “He condemned Hungarian government for extraditing the murderer and also condemned Azerbaijani side for honoring that murderer. He also thanked US government and Barack Obama for a fast response for the issue (US condemned the action)”.