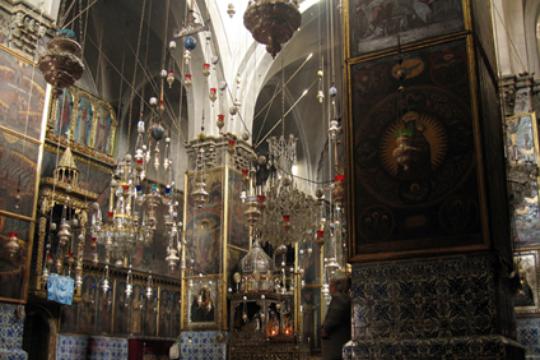 Who will be the next Patriarch or Jerusalem?

The newly appointed vicar of Armenian Patriarchate of Jerusalem, Archbishop Aris Shirvanyann, had an interview with our News Agency and talked about the situation in Patriarchate after Patriarch Torgom’s death.

“As you know the Patriarchate continues to deal with everyday issues and its administrative works. A day After Patriarch Torgom’s death, the Patriarchate organized a meeting and several important issues were discussed there and a as you already know, I was appointed as the vicar of the Patriarchate. I should stress that till today I get massages of condolences from all over the world. After November 25 (40 days after St Torgom’s death) we should decide who will be the next Patriarch for Jerusalem” said Shirvanyan.

To the question will he be elected in the elections? He responded:
“If it will be God’s will and I deserve it, then I would do it. I’ll try to do everything to be helpful” stressed the vicar of Armenian Patriarchate of Jerusalem