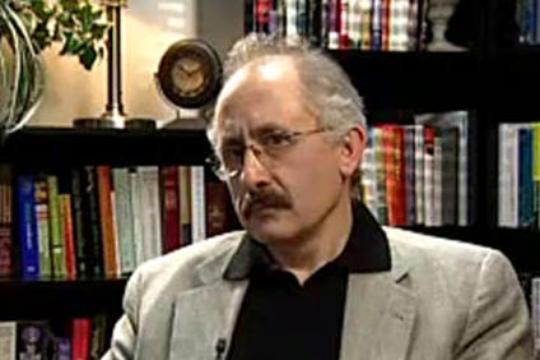 Armenian Mirror Spectator writes that a capacity audience gathered to hear Proffesor Taner Akçam speak about his most recent book, The Young Turks’ Crime against Humanity: The Armenian Genocide and Ethnic Cleansing in the Ottoman Empire, at the John F. Kennedy School of Government at Harvard.
Akçam is the only scholar of Turkish descent who chairs an Armenian studies department and one of only a handful of Armenian Genocide scholars researching in the Turkish archives. He has mined the archives extensively, with his latest book significantly contributing to the field.

“At the risk of sounding immodest, this is a first in many ways,” Akçam said of the book, noting that he is presenting new theses to explain the Genocide. He said there are two issues: what happened and why did it happen. “As to why,” he said, “We still have a long way to go.”

We should note that the latest book is based on more than 600 documents from the Ottoman archives. There are two contradictory views, he explained.
“Armenians who suggest that the Ottoman archives cannot be trusted because they were fabricated by those in power, either during Ottoman or Turkish Republic rule, and Turks who deny the Genocide and suggest that only Ottoman and Turkish sources can be trusted while any Armenian or Western material on the Genocide is suspect. With this new work I hope to prove that Ottoman material shows us the same information as the German, American and British archives. It is different material on the same perspective.”

Akçam said there was a direct correlation between reform movements in the Ottoman era and the start of mass killings; the first waves of the Genocide started in 1894, while the reform government came into power in 1895. The government sent out representatives to assess the population and wherever those representatives went, Akçam said, killings took place.

He offered some historical context, explaining that the period immediately preceding the main wave of the Genocide occurred at the end of the Balkan wars of 1912-1913, during which the Ottoman Empire had lost more than 80 percent of its European territories and more than 70 percent of its European population.
In a letter from Talaat to Cemal Pasha on October 7, 1916, he specified the need to rid Cilicia of Armenians, as they, he stressed, were so attached to the land and considered it a central part of their heritage.

The Young Turks’ Crime against Humanity was published in April. Akçam, born in Ardahan, is the holder of the Robert Aram, Marianne Kaloosdian and Stephen and Marion Mugar Chair in Armenian Genocide Studies at Clark University, Worcester.
Akçam used papers from the Interior Ministry, including various branches of its General Directorate and the Cypher Office. The role of the latter, he said, was “very important.” The office was established in 1913, with the “pure purpose of [encrypted] telegraphic communication between the central office and the provinces.”

The authorities encrypted the information, and believing they had developed a foolproof method, freely discussed their plans within the documents.
Other documents found by Akçam included a telegram from the Education Ministry to the Interior Ministry on June 26, 1915, regarding the fate of Armenian children — soon to be orphaned — who would need assimilation.
These documents are still intact, Akçam said, and anyone interested can freely access them.

He spoke about documents from the same archives dating to March 1, 1915, in which the authorities spelled out the Genocide policy.