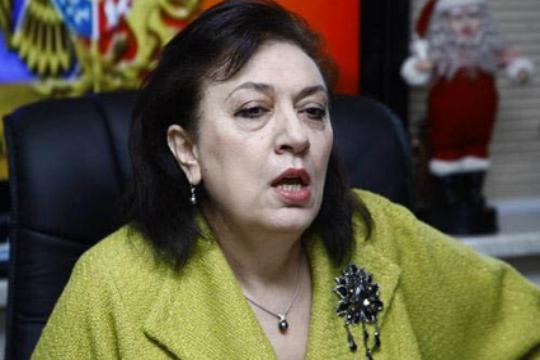 The Issue of Syrian-Armenians at the Center of State Attention

“The issue of Syrian-Armenians is at the locus of attention of the state, and RA Ministry of Diaspora has been engaged in this issue for over the recent 1.5 years” noted Hranush Hakobyan, the minister of Diaspora, today while her briefing to journalists.

She stated the absence of a need to organize immigration of Syrian-Armenians, since they did not want that: “Who should we bring in, if there is no one who wants to immigrate to Armenia” asked Hakobyan back to journalists. Answering the question why the ministry did not give an early stand on the issue, Hranush Hakobyan noted their caution “not to involve in domestic problems of Syria, as well not to give ground for chaos”.

She as well commented on not visiting Syria as the Syrian Diaspora does now political visits proper at the time because of the visits possibility to cause additional problems and being misunderstood both by the authorities and the opposition. Hakobyan as well stated the satisfaction of various members of the Syrian Diaspora with the work of the ministry she leads. Touching the issue of airplane tickets, Hakobyan noted them having decreased by 60 thousand drams already, though mentioned the price is still expensive. Concluding Ms. Hakobyan stated that only thirty families have applied for asylum.