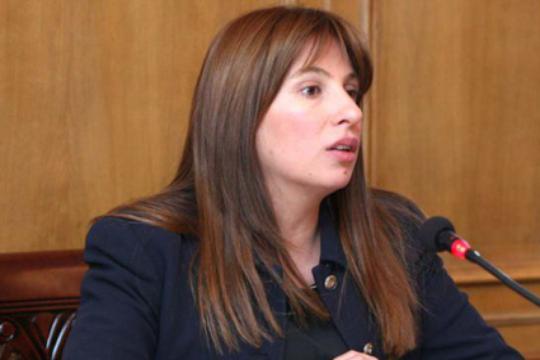 “The Government is doomed to inaction.” said the NA “Heritage” faction deputy Zaruhi Postanjyan at the meeting with reporters today, referring to Vahagn Chakhalyan, who was sentenced to 10 years of imprisonment in Georgia.

According to Postanjyan, the imprisonment of Chakhalyan has a political subtext, because he was representing the interests of Javakhki Armenians. “In this aspect our government is doomed to inaction; I think the government should do everything for Chakhalyan’s release. Our government has not done anything at that time either, when the captive Manvel Saribekyan was killed in Azerbaijan.” noted Postanjyan.

In the end of the meeting, Postanjyan, referring to the case of Oskanian against “Civilitas”, said that she is personally against Oskanian’s involvement as a suspect by Aghvan Hovsepian’s requirement.