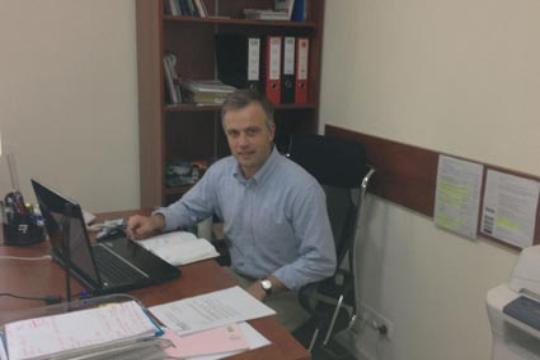 “Strengthening of the states in the Caucasus over the last decade may have brought about controversial results and one of those results is potential destabilization of the South Caucasus. “

George Khelashvili had stated this at his keynote talk at the leading U.S.-based think tank /CSIS (Center for Strategic & International Studies)/ -organized panel discussion titled “The Caucasus: A Changing Security Landscape”.  “First News and Analyses” conducted a two-part interview with Dr. George Khelashvili on the issues of regional security. Find the second part of the interview published yesterday below.

Dr. Khelashvili you bring up the idea of strong states versus weak regional security structure: how do you define strength- is it in terms of state capability to provide certain services to population, viability of institutions or regime consolidation?

There are different aspects of the apparently growing strength of the three Caucasus states in the last few years. In the first place, the strength refers to the state’s ability to control its own territory, borders, armed forces, and the ‘legitimate use of violence’. This ability is manifested in greater economic and political power at the disposal of the three ruling regimes. Unfortunately, the institutions, even if strengthened, are still far away from being democratic and accountable and greatly depend on personalities that are in charge of them. Potentially, this ‘personalization’ of power is a substantial danger to these states’ national security but such dangers are neglected by the regimes. It should be mentioned as well that the strength of the states is more perceived than actual. The three nations’ security is still quite vulnerable but the regimes’ over-confidence makes them overlook or disregard these vulnerabilities.

Can we imply that you view regional security as an exogenous notion to be imposed by, in your words, mentor states only? If yes, can this “system” of regional security be replaced by any domestic factor in each of the regional states for instance through democratization of institutions?

There is very little on offer when it comes to regional security in the Caucasus. Ever greater strength of the regional states, paradoxically, may be potentially more damaging to peace than the situation when these states were not quite strong enough to conduct independent foreign and security policy. Before, the regional states depended on their ‘mentors’ when it came to questions of war and peace. Now this may be changing due to the self-perceived power of the regimes. There was a brief hope in the 1990s that democratization in the region could potentially lead to more peaceful outcomes but this hope quickly evaporated after the backtracking of democratization in the 2000s. Now the states find themselves in the classical ‘self-help’ environment, in an anarchical society without the norms of the society. This can be very dangerous if the great powers do not apply more efforts to coordinate their involvement in the Caucasus in order to defuse potential security risks.

How do you think upcoming elections in all three South Caucasus states can impact on the regional security?

The usual pattern in the Caucasus in the last twenty years was that the ruling regimes would use the propaganda about external threats for consolidation of their respective electoral and power bases just before national elections – local, parliamentary or presidential. However, there is little evidence that elections ever led to international violence. And presently too, the danger does not lie in the conscious efforts of the regimes to apply force to solve external problems but rather in escalation of accidental violence. The states, led by hubris of their own newly-found and largely apparent strength may disregard risks as well as international signals and engage in activities that may have negative consequences for regional peace.