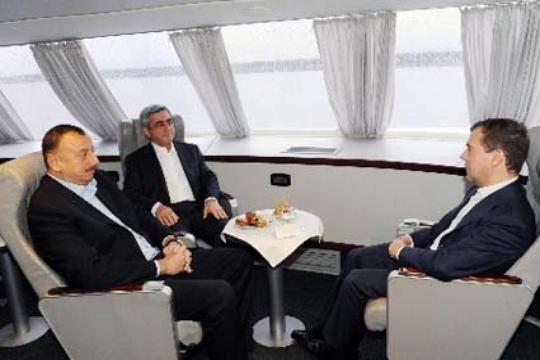 The presidents of Russia, Armenia and Azerbaijan released a joint statement on the resolution of the Nagorno-Karabakh conflict after the official meeting in Sochi on March 5.
According to Novosti news agency the document states that the three presidents discussed the practical implementation of the trilateral declaration adopted by them during their last round of talks in Astrakhan on Oct. 27 last year.

The sides have agreed to complete a swap of prisoners of war as soon as possible. The joint statement also emphasized the parties’ willingness ‘to solve all disputable matters peacefully and conduct investigation of possible incidents along the cease-fire line under the auspices of the OSCE Minsk Group Co-Chairman through the assistance of Personal Representative of the OSCE Chairman-in-Office’.