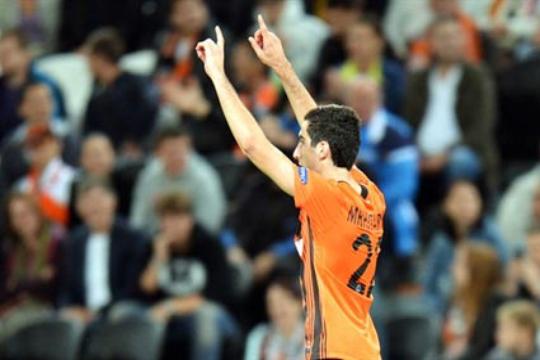 I don’t read too much into scoring: Henrikh Mkhitaryan scoring 2:0 win against Nordsjælland

“FC Shakhtar Donetsk forward Henrik Mkhitaryan insisted he does not “read too much into scoring” but the headlines are difficult to ignore at the moment. He took his tally to 14 in 11 games for the club this season with a goal in each half in a 2-0 win against UEFA Champions League debutants FC Nordsjælland.”, UEFA official website reports of the yesterday match between Shakhtar FC and FC Nordsjælland. “I am feeling great at the moment, having scored two goals in my first Champions League game of the season and, of course, we won. But we have another five games left and these will be very difficult for us.”, noted Mkhitaryan. Note that as reported Henrik Mkhitaryan’s first and second UEFA Champions League goals earned a 2-0 reward for FC Shakhtar Donetsk after a dominant performance against group stage newcomers FC Nordsjælland.