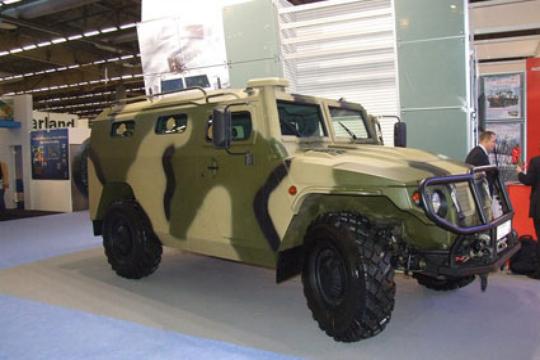 Russian state arms exporter Rosoboronexport offered Azerbaijan to organize a licensed production of Tiger armored vehicles. According to ARMS-TASS, Advisor to the Azerbaijani Minister of Defense Industry Azad Mamedov made a relevant statement.

“We have got a range of interesting offers from Rosoboronexport for joint production of military technologies. Specifically, this refers to organization of Tiger armored vehicles production on Azerbaijan’s territory. We have received this offer and consider it,” said Mamedov.

Besides, according to him, within the framework of an agreement with SAR Azerbaijani enterprises implement orders of various structures of the country on supply of Marauder vehicles.