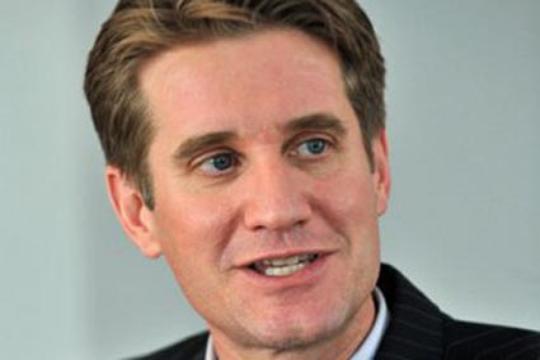 A diplomatic solution to the Nagorno-Karabakh conflict is not only possible, but is already on the table. Matthew Bryza

1news.az interviewed former co-chair to the OSCE Minsk Group (from the U.S.), former U.S. Ambassador to Azerbaijan, the head of the International Centre for Defense Studies (RKK) (Estonia), Matthew Bryza.

Many  foreign experts and analysts  believe that the extradition of Azerbaijani officer Ramil Safarov and his pardon by the President of Azerbaijan, Ilham Aliyev, complicated negotiations between Armenia and Azerbaijan. As someone who knows the region pretty well, what is your opinion concerning the issue?

I believe that the negotiation process between Azerbaijan and Armenia should continue, no matter what has happened. There cannot be any second view on the conflict. It should be resolved via peaceful negotiations and the sides should make every effort for its continuation. While I was a co-chair to the OSCE Minsk Group, President Aliyev and President Sargsyan always took the negotiation process seriously.

Can the tense situation, which is in the region, lead to a military solution of the conflict?

As I have already mentioned, there is no other way to solve the conflict, it must be solved only in a peaceful way. Military solution to the Nagorno-Karabakh conflict is not accepted, and cannot be, since I know that both Azerbaijan and Armenia are not inclined to a military solution to this conflict, as they also support its peaceful resolution. I’m just convinced that the co-chairmen should make every effort to coordinate the 2 sides. Earlier I had spoken  to Mrs. Clinton and told her, that  the most important thing in this issue  is that the  managers of co-chairing countries – presidents, foreign ministers , themselves urged the ides to continue negotiations, and judging from her recent statements, I can see that they will succeed in that case.

Is it possible that in near future either Washington or New York hosts the continuation of the negotiations?

No matter where the platform of the negotiations is. The important thing is that the U.S. government should express high interest in the development of the dialogue, and judgingfrom the conversations with Mrs. Clinton, I can assure that she is interested in it and will assist the ides to continue the peaceful negotiations. She is actively involved in this issue, which is a very important factor. At the same time I must remind that the co-chairs may only contribute to the negotiations, but the final word is for the sides, which have to find a point of convergence. However, the case of Ramil Safarov creates tension between the parties, and the White House has already expressed its position on this issue. I hope that all sides will continue to negotiate as before. I think that the Prime Minister of Turkey, Mr. Erdogan, also can involve in this process. Diplomatic solution to the conflict is not only possible, but also put on the table. Agreements reached between the co-chairmen and presidents – it is a real option. I think that both sides can once again actively continue the negotiation process.

By the way, Turkish Prime Minister, Recep Tayyip Erdogan, in now in Azerbaijan and one of the issues he discussed with President of Azerbaijan, Ilham Aliyev, was the implementation of the Trans-Anatolian pipeline (TANAP). Can U.S. support the project?

I should mention that for about 15-16 years, the U.S. is supporting a project in the Southern Corridor and before that –it was the Baku-Tbilisi-Ceyhan pipeline. Moreover, President Aliyev himself has repeatedly emphasized the role of U.S. in the realization of the Baku-Tbilisi-Ceyhan pipeline. So I’m sure that U.S. will assist in the implementation of the project TANAP.
Do you think that your successor as ambassador to Azerbaijan, Richard Morningstar, will carry out your woks till the end?

Not only I think that wat, I’m sure that Mr. Morningstar will do his best in order to strengthen the US-Azerbaijani relations in all spheres. Mr. Morningstar is a great and experienced diplomat. He was my boss at a time when the Clinton administration was just beginning to work on the implementation of the Baku-Tbilisi-Ceyhan pipeline. I saw how enthusiastic Mr.Morningstar worked in this direction. I believe that all of us – American diplomats – are serving for the interests of our country, and I am convinced that Mr. Morningstar will do everything possible to carry out the works till the end.

What are your views on the implementation of the Trans-Caspian gas pipeline?

The implementation of this project depends on the countries involved. I think that from a legal point of view, this project is quite possible, despite what Tehran or Moscow say concerning the project. From an economic point of view, this project makes sense, so the most important thing is to find a political solution. It is very important that the European Union, Turkmenistan and Azerbaijan came to a common agreement. You also need to address the issues disputed fields in the Caspian Sea, but still, these issues can be solved very easily.

Translated from Russian By Artavazd Gevorgyan