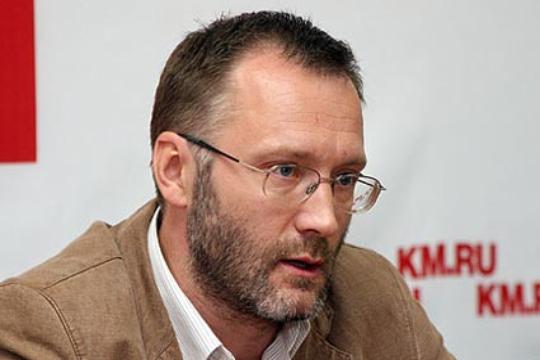 “First Armenian News and Analysis” had an interview with the president of the Center of Political Conjuncture of Russia, Sergey Mikheev.

-Mister Mikheev, The extradition and pardon of Ramil Safarov having axed Armenian officer escalated the tension between the sides of the conflict. Do you think it is possible that this can result in change of Karabakh status quo or lead to more severe tensions in the region?

-I think this event will not bring any essential change in the region. Neither the change is possible in Karabakh issue. The event proved to awaken some reaction, but this is temporary. Soon it will be forgotten. It is sure to be inflaming the relations, but I thing no root change will take place in Transcaucasia.

-In this phase, there was a question that the measures of OSCE Minsk Group co-chairing countries are not enough for going forward in the conflict resolution process. Do you think that the mediators’ efforts are in vain or anyhow solutions will be found?

– It’s 20 years that the co-chairing countries cannot resolve the conflict. There are unable to solve it as the positions of the parties are incompatible. No effort of mediators can succeed unless they find a way satisfying both the parties. But parties put forward contradictory demands. And one can forever argue who is guilty and who is innocent. The fact is that Baku and Yerevan have contrary positions. And in such situation the mediators are practically powerless.

– You mean that negotiations are impossible to carry on in this format? Do you find the format change possible?

– This format at least keeps away from war. I don’t see the resolution of the conflict in the near future. The reason is again that parties cannot negotiate. One can renounce Minsk Group format, create a new group, two or even more groups, but anyhow everything will be the same unless the parties change their positions. The problem is not in the format or in Minsk Group.

– Do you think that in this phase, when Azerbaijan gifts pardon to the murderer having axed an Armenian officer, Armenia can gain favorable turn in negotiation process and dictate its conditions?

-I think in this situation nobody has the right to dictate. I don’t see such possibility. It is a quite impossible plot.

– Ms. Mikheev, there have been ideas that the created situation is favorable for this or that country. Namely, there is a thought that war can favor Russia to eliminate the plans of West in our region. According to you what countries can profit from the tension in the region?

-I think that in reality it is not favorable for any country. This is irreconcilable conflict, both parties show implacability, that’s why they seek the guilty all the time. How this can be favorable for Russia, I can’t perceive. If there is a war in Karabakh again, what will Russia gain? It can only bring problems to our southern borders, there will be a great flow of refugees, and first of all they will immigrate to Russia.
Russia doesn’t need it at all. The refugees will become additional “hemorrhoids” for Russia.

I constantly meet representatives from different countries and constantly hear the question who will favor from this. The reality is that the Armenians and the Azerbaijani can agree with each other. Principally any tension in the region can be favorable for the USA. It will gain a chance to actively integrate into region. It could say that because of the instability of the region, and its strategic importance for Iranian and Syrian factors, they find it necessary to strengthen their positions here. But this motive is not certain, it is disputable.

-Do you find it rational for Armenia to come out of the negotiation process?

Translated from Armenian by Narine Hambardzumyan