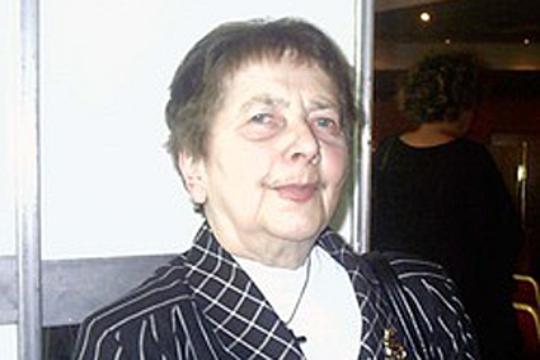 News.Az interviewed Prof. Alla Yazkova, head of the Centre for Black Sea–Mediterranean Studies at the Russian Academy of Sciences’ Institute of Europe, on Karabagh problem.
Below is the interview reprinted from News.Az

Most experts agree that 2010 was a year of missed opportunities for a Karabakh settlement. Do you share this opinion?

The Russian-Georgian conflict of 2008 signalled the need to stabilize the situation in the South Caucasus, which is criss-crossed by different routes to transport Caspian oil and gas. Therefore, in August 2008 the policy of regional and world powers actively focused on the problem of settling the Armenian-Azerbaijani conflict over the local, but all the same highly explosive international, issue of to whom Nagorno-Karabakh belongs.
Over a long period of time, the co-chairs [of the OSCE Minsk Group of mediators] were able to keep a common approach to the negotiating process on the basis of a recognition of the status quo, i.e. the frozen state of the conflict, since neither Azerbaijan nor Armenia were ready to make concessions. However, in recent years, especially after the recognition of the independence of Kosovo by Western countries and in the light of the Russian-Georgian war of 2008, the situation started to change.
In November 2007 at the meeting of  heads of OSCE governments in Madrid the foreign ministers of Russia, the United States and France presented a list of the main principles for the settlement of the conflict and proposed that a peace agreement be drafted on their basis.
The previous experience showed, however, that none of the parties was ready to take compromise decisions which would be unpopular at home, while without this a resolution of the conflict seemed almost impossible. A situation of complete mutual antagonism and distrust has been established in the two countries in the past two decades. Possible solutions were discussed during numerous meetings of the Azerbaijani and Armenian presidents, Ilham Aliyev and Serzh Sargsyan, in the past two years, which, however, have not led to compromise.
Growing tensions in spring and summer 2010 over the Karabakh conflict were threatening to turn into open armed confrontation against a backdrop of a sharp increase in Azerbaijan’s military rhetoric and and Armenia’s practical rejection of the provisions for a conflict settlement proposed by the international mediators. This forced the leading world actors – the European Union, and Russia, the United States and France as the Minsk Group co-chairs – to formulate the most acceptable provisions to settle the Nagorno-Karabakh conflict.
In early June 2010 the European Parliament adopted Resolution 2216, which calls for the “withdrawal of Armenian forces from all occupied territories of Azerbaijan”. At that time, a meeting of Russian President Dmitriy Medvedev and German Chancellor Angela Merkel took a decision to join force to find ways to solve “frozen” conflicts. And despite the high level of cooperation with Armenia, Russia’s position on the resolution of the conflict over Nagorno-Karabakh adapted to the principles coordinated within the Minsk Group. It is important to continue the process based on the territorial integrity of Azerbaijan and with respect to other basic norms of international law, without the use of force, according to a Russian Foreign Ministry statement of 24 May 2010.
A number of international meetings were held in June to September and ended in the signing of documents, coordinated with all parties, including the joint statement of the presidents of Russia, the United States and France on Nagorno-Karabakh (June 2010) and the further ministerial meeting at the OSCE forum in Almaty; the visit of US Secretary of State Hillary Clinton to Baku and Yerevan (July 2010), the official visit of Turkish President Abdullah Gul to Azerbaijan (August 2010) and finally the visit of Russian President Dmitriy Medvedev to Yerevan and Baku (August-September 2010) and the meeting of the presidents of the United States and Azerbaijan on the sidelines of the UN General Assembly in New York.
What was most important in this series was the adoption of the joint statement of the presidents of the Minsk Group co-chairing states – Russia, the United States and France – on Nagorno-Karabakh on 26 June 2010.
The statement again summarized the principles for a conflict settlement coordinated by the parties, which are: the return of lands around Nagorno-Karabakh; interim status for Nagorno-Karabakh, with security and local government ensured; the presence of a corridor linking Armenia and Nagorno-Karabakh; definition of the future legal status of Nagorno-Karabakh by way of mandatory legal expression of will by its population; the right of all internally displaced persons and refugees to return to their places of previous residence; and international guarantees of security, including a peacekeeping operation.

Major discrepancies in the Russian and English versions of the statement nearly caused a diplomatic scandal.
Indeed, in the text the words “its population” were placed in brackets since these are absent in the English version. The exact definition here is important, since who will take part in the referendum depends on this: either the whole population of Azerbaijan, as envisioned in its Constitution, or residents of only one region of the republic, which Nagorno-Karabakh is, according to international law. The English version also speaks of the return of the occupied lands around Nagorno-Karabakh, while this is missing from the Russian version.
The English text is considered the official  one in this case, so Baku has not highlighted the existing differences, describing them as “a technical mistake”.
The adoption of this basic document was followed by the visit of US Secretary of State Hillary Clinton to Azerbaijan, Armenia and Georgia. The central point of the visit was Baku, where she said the United States supported the peaceful resolution of the Karabakh conflict with consideration for the principles of territorial integrity, the non-use of the threat of force and the right to self-determination, reflected in the Helsinki Final Act.
The visit to Armenia focused on the problem of normalizing Turkish-Armenian relations and the opening of the Armenian-Turkish border – an issue which is of strategic concern to the US side. It was impossible to attain a breakthrough on these issues, moreover, the absence of a direct link to the need to solve the conflict over Nagorno-Karabakh caused an extremely negative reaction within Azerbaijani political circles. Leading Azerbaijani political scientists described the US secretary of state’s visit as “failed”.
The results of the official visit of Turkish President Abdullah Gul to Baku were more definite in terms of Azerbaijan’s interests, since the parties signed a treaty on strategic partnership and mutual assistance on 16 August 2010 during the visit. All the same, the Turkish president hinted at a possible forced solution to the protracted conflict.
The risk of Turkey’s interference with a regional re-division of the Caucasus in the absence of real guarantees of stability from the US side may cause a new Caucasus war, which would pose Moscow some scarcely manageable challenges. Russia’s strategic ally, Armenia, was also caught at the junction of external threats, since an open anti-Russian campaign started there at the information level in August. It could easily have got out of control in early September, when incidents on the contact line became almost daily, so it was important build a system of checks and balances in order to prevent the uncontrolled expansion of the conflict.
Russian President Dmitriy Medvedev made state visits to Armenia and Azerbaijan. What is Moscow’s real position on the Karabakh conflict?
Russia’s position is based on the following: Azerbaijan and Armenia are strategic partners of Russia and war between them is inadmissible, while cooperation with them is important for Russia as a regional and global player in the Caucasus.
Negotiations in Armenia ended with the signing of a new agreement on military cooperation which extends the term of the Russian military base at Gyumri from 25 to 49 years. A kind of compensation for this was that Russia undertook to protect the Armenian borders, not only with Iran and Turkey but also with Azerbaijan.
A number of documents important for both parties were signed during the visit to Baku, including on the state border and on a four-fold increase in gas supplies from Azerbaijan to Russia.
How did these events influence the further resolution of the problem?
It is hard to judge about the long-term effects of the agreements on the balance of power in the South Caucasus. Today Armenia has received guarantees of security on its territory; Azerbaijan has got Turkey’s support on the basis of the agreement on strategic partnership and mutual assistance. As for the main issue, Nagorno-Karabakh, achievements were made in the phased implementation of the updated Madrid principles, though it does not necessarily guarantee a final break in the Karabakh deadlock.