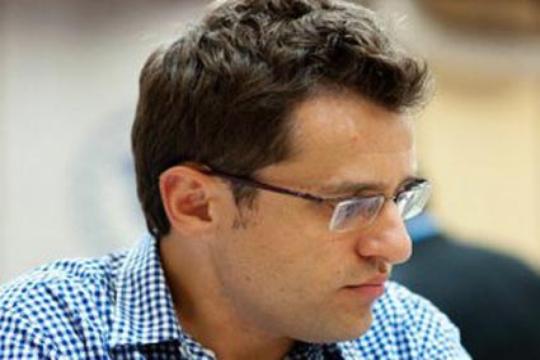 Levon Aronian had an interview with Azerbaijani mass media 1news.az and in answer to the commentary that the Armenian team managed to win after draws with Russia and failure with China, Aronian said that they won Uzbekistan by 3:1 result, but they could do even better.

To the remark of 1news.az that the failure from China in the 7rd round hasn’t had any impact on psychological state of the team, Aronian answered: “Olympiad is a hard tournament. One cannot lead his best match during this competition. We at least won 3 match points with such strong teams as Russia and Ukraine.”

To the question whether Aronian agrees with the estimate of the leader of Russian team Vladimir Kramnik that the favorites for victory are Russia, Azerbaijan, China and Armenia, Aronian said that it is difficult to add anybody else, but there are teams that can surprise, like the USA and the Philippines.
1news.az inquired how Aronian likes the performance of the Azerbaijani team, and Aronian said: “Your team plays without Vigar Gashimov who is difficult to replace, but anyhow the team is still good without him.

To the commentary of the mass media how he treats the possibility of his playing with Teymur Radjabov, who has never lost in the Olympiad, Aronian answered that he will be pleased to play with such a strong player and like Radjabov he will do his best to win.