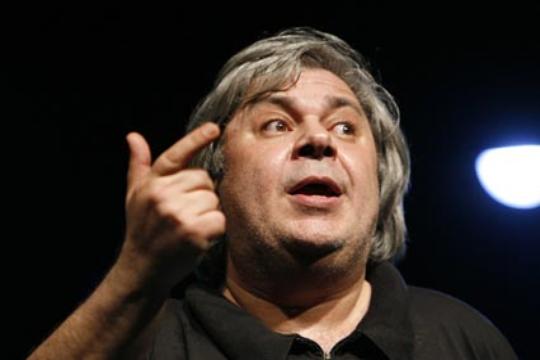 Europeans Would Even Sell Their Own Mother for 5 Dollars

“After thirty years of living in Europe, I’m not surprised by this behavior. We finally need to understand: no one will do anything for us juts like that. I did not sleep probably the whole night, I was so nervous,” said actor Narek Duryan in the conversation with “1in.am News and Analyses”. According to him, Safarov’s out-transfer proved again that Europe remains Europe. “As it is said in Charles Aznavour’s song, when you were listening jazz and dancing at balls, a whole nation was killed. I do not know how our government missed something, how it happened, but I am sure that in case of oil and money, all this is not surprising.”

The actor also noted that there would surely be a “boom”, because it is a bit much to take the murderer and make out of him a hero at once. According to him, if one Arab killed a Jew, and if Hungary returned Arab to his country, Jews would have bombed Hungary.

Duryan is also convinced that the Europeans are capable of everything. “Everything is expected from Europeans. They would sell even their mother for 5 dollars. Why do people slowly escape from Europe? … It is not only the cheap prices for cheese or Coca-Cola, but there should be human communication, the child’s education, security, respect for old men,” concluded the actor.