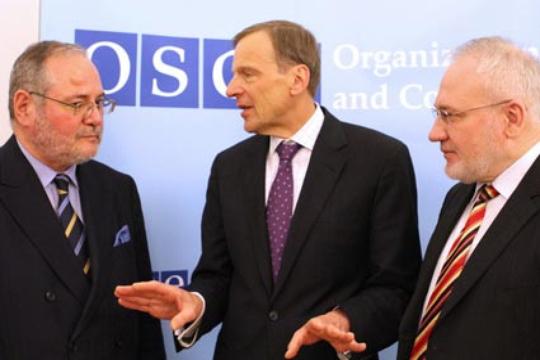 The Case of Ramil Safarov will Certainly Influence Nagorno-Karabakh Conflict

“1in am news and analyses” had an interview with Davit Babayan, the spokesman of NKR president.

According to Babayan, this case will have a major importance on the upcoming discussions, which will be held concerning the NKR conflict.

As reported, Babayan noted that OSCE Minsk group co-chairs must certainly give appropriate solution to the issue, since they see what is going on.

Babayan appreciated Obama’s move, who immediately addressed the nws about the extradition of Safarov and expressed his concern and disappointment concerning the action by the Hungarian government.

“All I want to say is that this action shows the result of the policy of Fascist Azerbaijan and venal politics of Hungary, which can sell justice for money, their country is just selling itself for money. Returning the murderer to Azerbaijan, is the same crime, which did that barbarian with our officer”, said Babayan.

Note, Ramil Safarov, the crucial murderer of Armenian officer , was returned to Azerbaijan from Hungary, where he was sent to life prison, and Azerbaijan gave him freedom, and even “honored” him.