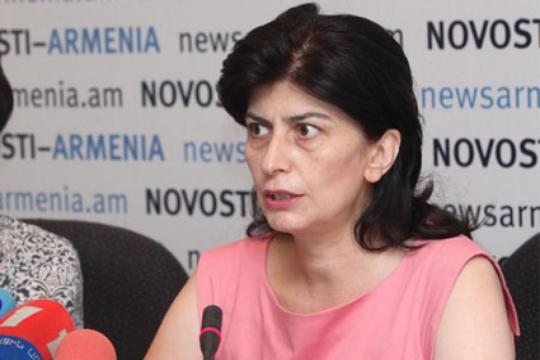 Note that Ramil Safarov, who killed an Armenian officer in Hungary and then was sentenced to life imprisonment, is now returned to Azerbaijan by the Hungarian authorities. The president of Azerbaijan granted him an amnesty and now Safarov is free. Having done so, the Hungarian side does not violate the law, as according to Nazeli Vardanyan, the convention gave an opportunity to implement such change.

“Once again we suffer because of our passiveness, we lost what we had. The work that I have done for 4 years turns to be nothing now. It was the failure of our government, they should have always followed this case in the levels of Foreign Ministry, the Ministry of Justice, General Prosecutor’s office,” said Nazeli Vardanyan.

According to Nazeli Vardanyan the international community should also be interested in this, demonstrate that the Azerbaijani Government and the country’s president are so immoral that were able to grant an amnesty to a murderer.

Vardanyan added that now Azerbaijan is responsible for the crime.