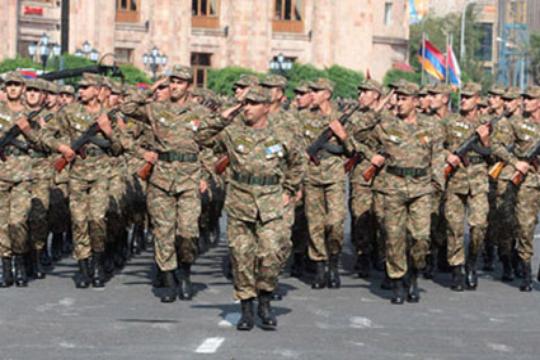 “It will be a big exercise,” the ministry spokesman, Artsrun Hovannisian, told RFE/RL’s Armenian service (Azatutyun.am). “It will be unprecedented in the sense that we have not had “war games” of that scale before.”
Hovannisian said the one-week drills will be marked by “quite a large participation” of reservists. Scores of them, including young Armenians demobilized from the armed forces recently and even men aged 50 or over, will be called up for that purpose, he said.

Hovannisian stressed that the upcoming exercises were planned in advance and are not directly related to the tense situation on Armenia’s border with Azerbaijan and “the line of contact” around Nagorno-Karabakh highlighting the growing risk of another Armenian-Azerbaijani war. “There is no need to panic and make unnecessary speculations,” he said.

Asbarez also writes that the Karabakh Armenian military held three-day exercises earlier this month. It said the drills demonstrated the “adequate preparedness” of its forces for a possible war with Azerbaijan.

A statement by the Defense Ministry said Ohanian toured army posts in southern Armenia bordering Azerbaijan’s Nakhichevan exclave for the same purpose on Tuesday and Wednesday. It said he examined new defense fortifications built there.

Ohanian was quoted as noting “positive trends” in the army ranks, including a stronger “physical and spiritual protection of soldiers.”