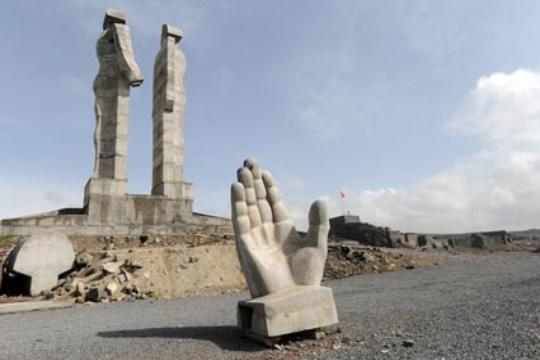 Turkish Foreign Minister Ahmet Davutoğlu at a press conference on Friday said that dismantling the monument of the Armenian-Turkish friendship in Kars is purely Turkey’s internal affair and is not due to the relations with Armenia Trend reports quoting Dogan news agency.
“Prime Minister Recep Tayyip Erdogan’s statements about the fact that the monument should be dismantled, is only due to aesthetic motives, there is no political hidden motive,” Davutoglu said.
Earlier on Friday, Armenian Foreign Minister Edward Nalbandian expressed his regret for the Turkish Prime Minister Recep Tayyip Erdogan’s statements.