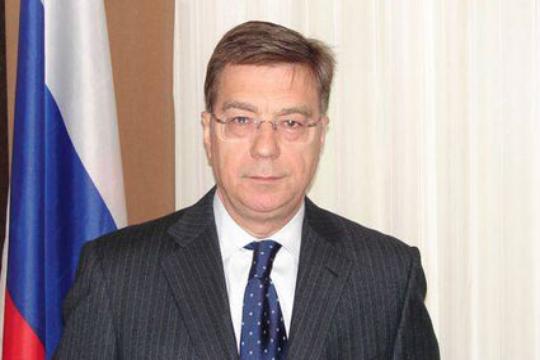 Russian ambassador to Azerbaijan, Vladimir Dorokhin, summing up the results of 2010 in an interview with the Agency “Vestnik Kavkaza stated that Azerbaijan’s place in the Russian foreign policy is firstly determined by the geographical neighborhood, and secondly, the geopolitical situation in the Caspian and Caucasus regions important for Russia, thirdly, Russia and Azerbaijan’s participation in the CIS, and fourth, the unique character of the past historical relationship of the two countries, Trend reports.

“Russia and Azerbaijan have chosen a line of mutual relations, which we call a strategic partnership. An absolute respect for sovereignty and freedom of action to each other, the balance of mutual interests is basis for it. Time shows that we are on the right way,” he said.
“We managed to agree on complex and sensitive issue – the delimitation of borders between Russia and Azerbaijan. The two countries have been working for this agreement for over 15 years, and finally came to a unique compromise. The result was unique too – the border does not divide us, but makes even closer. The Russian-Azerbaijani relations have thus achieved a high degree of maturity and mutual trust. They are actively developing in all areas. We have a good base to continue moving forward confidently,” Dorokhin said.
Assessing Russia’s role in the resolution of the Nagorno-Karabakh conflict, Dorokhin said that Moscow’s role is in public view.

“Moscow, together with other co-chairs of the OSCE Minsk Group, as well as by using the potential of its bilateral relations with Azerbaijan and Armenia, does all what depends on it for a just resolution of the Nagorno-Karabakh conflict at the highest level (literally) and will further continue it,” he stated.
According to the ambassador, Russia is Azerbaijan’s important trade partner in non-energy sector.
“Over 90 percent of the Russian supplies to Azerbaijan are goods of engineering, automobile and chemical industries, metal products, lumber and building materials, foodstuffs and agricultural raw. Most of all exported (non-energy) Azerbaijani products are sold on the Russian market,” – he said.

According to Dorokhin, until recently, relations in the energy sector between Russia and Azerbaijan were brought to the fact that the Russian company Lukoil operated several dozens of gas stations in the Azerbaijani territory and participated with a 10-percent share in “Shah Deniz”gas project.
In 2010 supply of natural gas from Azerbaijan to Russia started. In 2011, their amount will increase by two times – up to 2 billion cubic meters, he said.

“Given the two countries’ energy potential, all should not end on this. During the Russian President Dmitry Medvedev’s visit to Azerbaijan it was agreed to conduct a special Russian-Azerbaijani summit on energy. The question is about the terms of a strategic plan to agree on actions in global markets based on mutuality and balance of interests, and now works are underway on preparing the summit,” Dorokhin said.